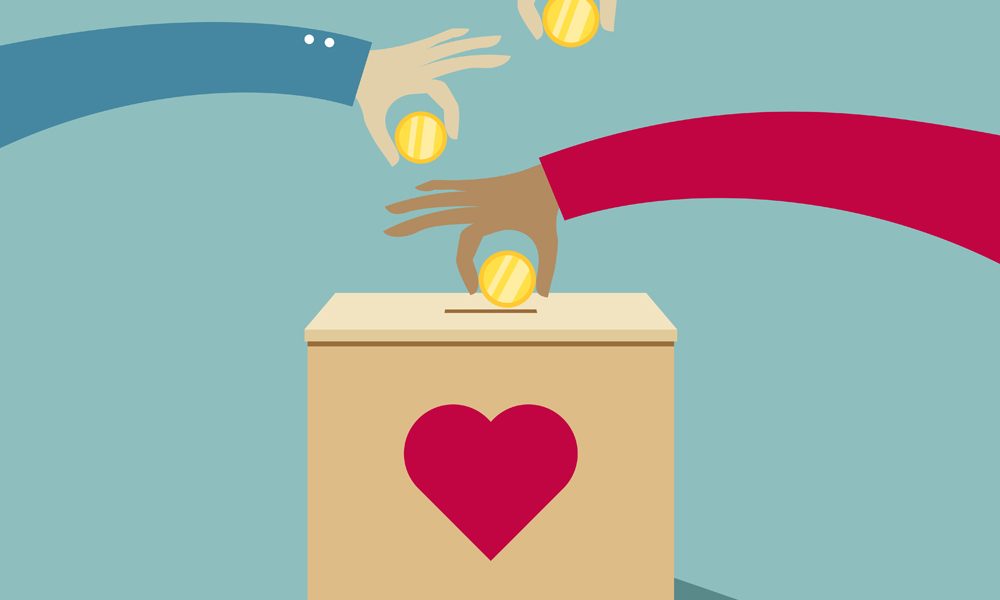 The reasons for people and their companies giving to good causes include a sense of altruism, religious or ideological belief, legal compliance and tradition.

But a large reason behind the giving impulse can be that of guilt, an emotion strongly linked to societal norms of what’s fair, right and wrong.

Although the guilt impulse is often used in charitable appeals (in at least one-in-ten, according to one US study), the reasons why it often works, and also why appealing to guilt can backfire, are less well understood.

Using guilt to suggest giving works best when we see a situation before our eyes (live or through adverts, etc.) that we respond to in an empathetic way – in other words, by mentally putting ourselves into the shoes of the disadvantaged person, and we mentally “feel their pain”.

The results may be identical to when we act out of a straightforward sense of altruism, but there is also a benefit to ourselves in this type of kindness, because we’re simultaneously handling and managing our feelings of guilt.

There have been all manner of studies since at least the late Sixties, particularly in North America – home of the world’s greatest mass tradition of individual giving – about fear-based advertising (such as insurance products to manage life’s risks) but less about guilt-induced appeals.

The study finds that any guilt-based appeal for donations from the public needs nuance in its message, a few common sense “street smarts” in communicating, with truth and proportion being critical.

The authors say that “In the case of charity appeals, the individual is not facing a threat” but that these appeals work by encouraging empathy for a “threat” that someone else is facing. But it isn’t always like that.

That’s because the social pressures to conform to a faddish giving appeal or action (hashtag CurrentCrisisHere) can feel as though we are under a threat if we don’t respond positively, even if only through social ostracism.

Because it was so extreme in every part of life, we probably reach back too often to examples in Nazi Germany to strengthen arguments in the present day. But it can be useful when appropriate, and charitable giving is no exception.

Although anti-welfare in theory, the Nazi state that came about in 1933’s Great Depression quickly saw the benefits to its vision of “racial solidarity” for lots of charitable giving to approved causes. And they punted this initially on guilt, but increasingly used fear. As Richard J Evans traces in his Third Reich trilogy, voluntary giving was centred on an umbrella body called “Winter Aid” which had 1,5m volunteer helpers within just six months of Hitler’s taking power.

But when guilt and appeals to conscience weren’t deemed enough, workers soon found themselves dragooned into “salary sacrifices”, uniformed storm troopers visited houses with their collection boxes, non-givers were sometimes paraded through the streets with placards around their necks and, as always, the concentration camps beckoned.

Here, guilt, empathy, fear all mashed up into a charitable horror. And yet Winter Aid became one of the most enduringly popular regime initiatives, and still exists in more benign form today.

If our motivation to good giving starts with guilt and that takes us through empathy to doing good by others, then that’s perfectly fine. For guilt is useful as an introduction, but horrible as a master.