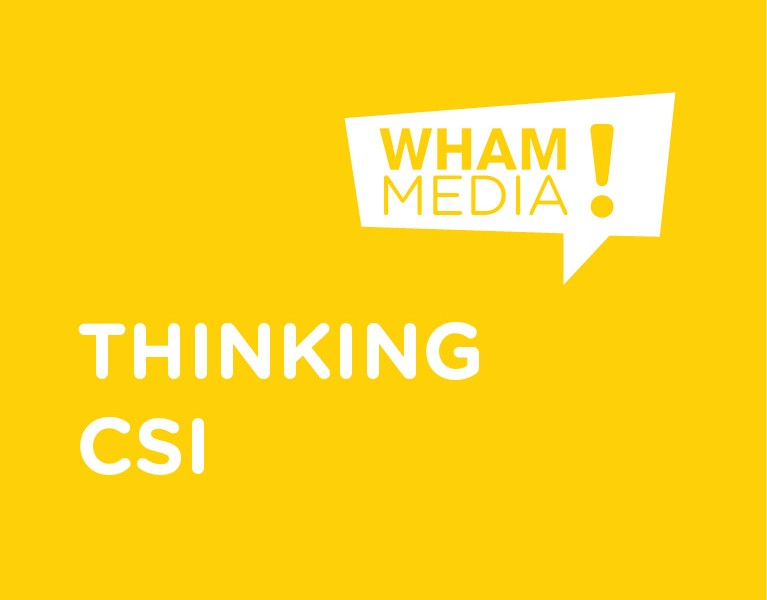 JP Landman, Nedbank Private Wealth’s political analyst, is on a four-month stint as a Public Policy Fellow at the Woodrow Wilson Center for International Scholars in Washington DC. He writes:

It was a very hot and humid 28 degrees when we arrived in Washington on the first Friday afternoon in October. Much worse than Durban in February, but ubiquitous air conditioning makes all the difference.

That reminded me of the spiteful French academic who once proclaimed that his research showed that if US gross domestic product is adjusted for higher expenditure on prisons and air conditioning, the US economy is not really that much bigger than the French economy!

The one thing that really struck us in our first days over here, apart from the friendliness of the people, was the generosity and philanthropy of the Americans. The number of foundations, museums and other public-good institutions funded by private money is simply unreal.

If you walk from Du Pont Circle down Massachusetts Avenue for about five minutes, you pass four internationally renowned think-tanks funded by private money. Serious, non-commercial TV programmes are sponsored by private individuals and family foundations – right down to the venerable BBC news.

Numerous art and other collections, amassed by wealthy individuals, have been left to the nation, almost all of them backed by endowments to provide for their upkeep. There are 20 universities in Washington, two public, two for-profit private and 16 not-for-profit private. A massive public good provided by philanthropy.

It has made me grateful for the public benefit organisation (PBO) arrangement in our tax regime back home, providing South Africans with a tax efficient instrument for philanthropy. But of course one does not only need a tax vehicle, one also needs the accumulated wealth that can go into the tax vehicle, whether to support a think-tank, an art collection or a university.

Americans have the tax arrangements, but they also have the accumulated wealth.

South Africans have a strong record when it comes to philanthropy. Work by the Nedbank Private Wealth philanthropy office, among others, has made that abundantly clear. The difference is that a lot of the giving in SA goes towards people in dire need – thus education, HIV/Aids, feeding schemes, old age homes, and so on, get a lot of attention and money.

But giving towards intellectual and cultural activities does not appear to have taken off to the same extent – at least not yet. No doubt it goes with the cycle of the development of a society.

Beyond giving and philanthropy, we encounter volunteerism. We met a delightful ex-South African who is 80+, travels to SA every year as her “pilgrimage”, and works as a volunteer at the Kennedy Center for five to six days a week (and then has to pay for her own parking at the Kennedy Center!).

We learn a new word, “docent” – probably the same root as the Afrikaans “dosent” – which refers to a knowledgeable person who is available in a museum or library to show visitors around. As a volunteer.

South Africa has thousands of NGOs and church-based organisations through which many people do invaluable volunteer work, but we do not find them in libraries or local museums. Is life at home still too hard, with too many still struggling simply to survive, with the efforts having to go there?

The heat of our first week did not last long. By the second Friday, it was raining cats and dogs.

Schlepping out to the subway station in the rain with an umbrella is a whole new experience for this “Vaalie.”

At home, we just wait for the thunderstorm to pass, or alternatively get in a car and drive. I manage to drip all the water the umbrella diverts from my head onto my back. That is until I work out that I should hold the umbrella handle close to my nose. That way, I stay more or less dry.

I enter the Woodrow Wilson Center with my wet umbrella and the security guard barks. The umbrella has to go into a plastic sheath from a dispenser at the door so that it does not drip all over the place.

In the following days, I noticed the same gadget all over town in the foyers of buildings. A small detail, but an example of the very efficient way the US society organizes itself. Njabulo Ndebele’s comment comes to mind: “It is the quality of organised living that counts.”

One visible example of “organised living” is public transport. The subways and buses can take one anywhere at a most reasonable price, almost all hours of the day. (It just takes time. Perhaps that is why all the meetings I have been to so far started 10 to 15 minutes late….).

No doubt the biggest difference between a developed and developing country is the “quality of organised living”. Of course, social organisation requires money – like public transport, for example – and it is to a discussion of spending where my third Friday took me.

It was an ice cold day with a howling wind and as I set off  to the conservative Heritage Foundation for a session on “Austerity, Spending and Growth”.  The panel represented one of the unique features of DC: the panelists came from the IMF, Harvard, France, Washington itself – all in the same room at the same time! This feature repeats itself over and over.

Coming barely a week after an ideological deadlock caused the US government to shut down, the discussion was opportune. The US budget deficit has declined from well over $1trn to $680bn – or from 9.2% of GDP in 2009 to 4.1% now. It is an impressive decline and one wants to ask what the fight is all about.

Critics focus on the debt to GDP ratio which is approaching 90% of GDP and is seen as too high for long-term sustainability. (In SA it is budgeted to reach 44% in 2018). In the US, either taxes must rise or expenditure must fall and that is the nub of the fight.

The Republicans do not want to hear of tax increases, the Democrats will not cut expenditure only, without tax increases. And so deadlock persists.

Militating against cutting expenditure is that it is very hard to cut the really big expenditure items, be it social security, healthcare or tax breaks for corporations. Two twice-elected presidents, Ronald Reagan and George W Bush, had to bow to the reality that social security is untouchable.

It is also unlikely that a government, any government, is going to take healthcare away from its citizens. On the tax side, there are multiple lobbyists for every member of Congress – so the expensive tax breaks are likely to stay.

The bigger the untouchable expenditure items, the smaller the chances of working the debt down.

The stalemate looks set to last a while. The consensus here seems to be that we should not hold our collective breath in the hope that we will see a fiscal resolution by the next deadline – mid-January 2014.

– JP Landman is Nedbank Private Wealth’s political analyst. Views expressed are his own. This article was first published on Fin24.